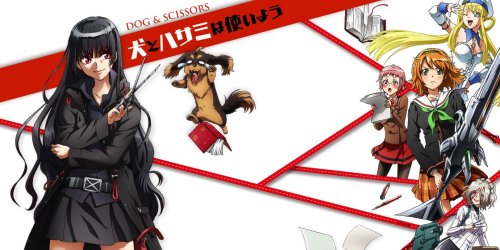 The tale begins with Harumi Kazuhito, an awkward guy who always lost himself in reading especially when it came to his favorite author Shinobu Akiyama. Due to an unfortunate accident, his life came to an early end but the story has just begun as he is revived in the body of a dachshund thus begins the “tale with a tail”. Harumi is now not only a mongrel with no place to go but the only one who can hear his thoughts is a sadistic woman known as Natsuno Kirihime, but little his knowledge not only is she a writer but is also his favorite author. 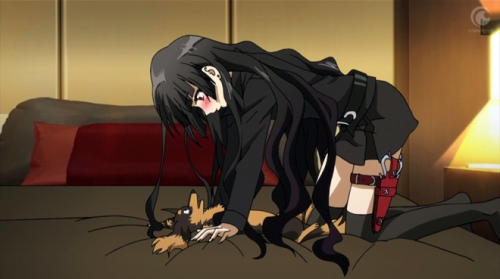 This anime was entertaining as it had really good humor with a colorful cast of characters. Unfortunately since the characters follow the typical anime tropes, they are far from memorable. but there are a few gems and details that makes it enough for them to stand out from the rest. The anime is a roller coaster of bizarre plots with a great color palette and well done backgrounds. Unfortunately the anime it self lacks much character development due to the overwhelming introduction of characters as if this were a harem but is actually far from it. The story really revolves around the two main characters and their chemistry with one another that at times it gets a bit stale.

This anime chases its’ tail and gets 3 and a half Dashes of Battle out of 5.